Facebook is a controversial topic lately. Since the algorithm update that prioritized posts from friends and family over public ones, companies are on edge about how the social network’s constant changes will impact their bottom line. After all, we live in a world where businesses of all sizes can engage with audiences of all sizes using social media. Millions of businesses proudly tout Facebook pages, with many also using Facebook’s powerful advertising platform. We have all gotten used to having our customers within close reach – and the idea of having that taken away virtually overnight can be daunting.

The good news is that advertising on Facebook is largely unaffected by this change (so far). But it does call boosted posts into question, as they straddle the line between organic newsfeed content and advertising tactic – generally characterized as a desperate attempt to gobble up some engagement and conversions in a world where “organic social media marketing” was basically non-existent even before this significant change. Indeed, one company, a rare and shining example of organic engagement on Facebook, recently had to shut its doors after its organic traffic, which the business relied on, was slashed by more than 75% thanks to the algorithm change.

So, are boosted posts helping businesses rise from the ashes of algorithmic destruction?

About six years ago, Facebook released the Boost post feature (originally “Promote Post”) to an environment in which more and more businesses were seeing the value of social media, and Facebook in particular. But organic post reach was already and increasingly being taken from them – and boosted posts became a life raft for many businesses that were unable to keep up with all that goes into building a true, strong organic audience.

Some other things going on around that time, for perspective:

A lot was going on when “Promote Post” came about. But it was a VERY different world. One where many businesses were on Facebook, but just as many if not more were still not sold.

Where We Stand Now

With millions and millions of competitors living there and fewer naysayers crowing about social media not being worth the time and money, using the Facebook platform is not only vital, but also complicated and difficult.

As users, we can all appreciate Facebook’s attempts to become valuable to more than just businesses – but also to families and friends trying to connect with each other. As marketers and business owners, we have to wonder why the social network giveth and then quickly taketh away (the obvious answer is monetization). Organic outreach used to be the golden goose, where success meant you were doing everything by the book AND pleasing your audience. Now, organic is – well, a dead goose.

So, in light of this shift, advertising is an obvious necessity if Facebook is a vital channel for reaching and selling to your audience. And boosted posts are an important part of that.

The Pros and Cons

There are several pros and cons associated with boosting your Facebook posts:

And then there are the cons, which you have likely already considered:

One thing to really think about before you boost is, what is your focus? You MUST have a focus in mind – engagement, conversions, email sign ups, etc. If you get out of the mindset that engagement is your only end goal and its costing you a lot of money, it can change your perspective. Seemingly contrastingly, you must also adjust your expectations, as boosting may only actually lead to engagement. BUT (and this is a big but), what can that engagement lead to, especially when paired with traditional Facebook ads? The opportunities may just be endless. 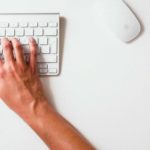